Get fresh music recommendations delivered to your inbox every Friday.
We've updated our Terms of Use. You can review the changes here.

Another time, this time, one time 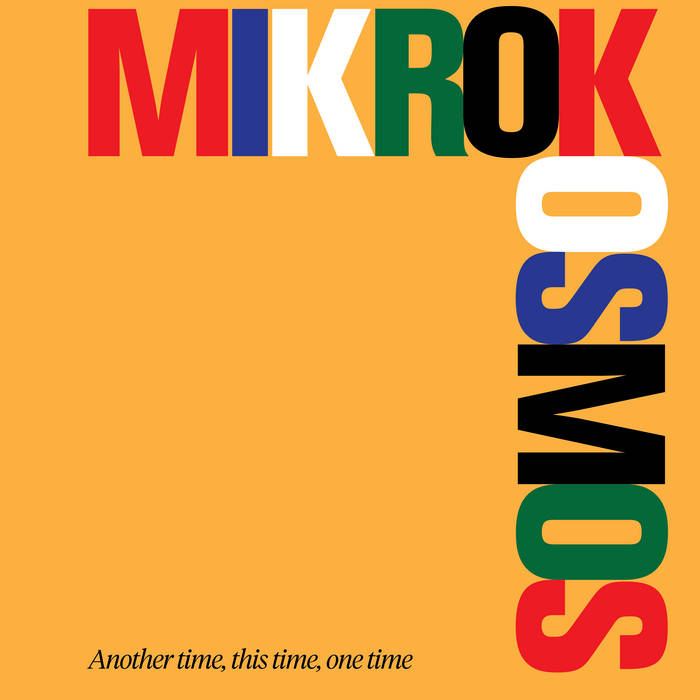 Formed in 2016 as the collaborative platform of composer Justin Hicks and artist Steffani Jemison, Mikrokosmos mines the history of Black music. This ongoing project has manifested in many forms: workshop, study session, concert, listening session, book, prompt, score. “Another time, this time, one time,” the first Mikrokosmos LP, uses Gil Scott-Heron and Brian Jackson’s “We Almost Lost Detroit” (1977) as the raw material for R&B songwriting. Like a game in which new words are formed from existing letters, these live compositions and re-compositions take the form of musical studies, samples, and improvisations. Inspired by Scott-Heron’s own ambitious songbook, Jemison and Hicks reflect upon a wide range of subjects, including Scott-Heron’s biography, police violence in the United States, and the nuclear catastrophe that threatened the city of Detroit in 1966.

From the liner notes:
“Following [Bela] Bartók’s invocation of the ‘mikrokosmos’ as a ‘small world’ containing a myriad of cultural influences, Hicks and Jemison’s project also considers the macro within the micro, engaging folklore, tradition and lineage within the specific history and study of Black music.”

From the artists:
"Mikrokosmos, like all black music, is a form of speculation. It is “study without end” (Moten and Harney, 2015); blackness is its subject. Anti-languages and alternative literacies have persisted in the African American community since slavery, and Mikrokosmos embraces the spirit of these radical approaches to language and learning. With our collaborators, we derive new proposals for understanding and teaching pitch and rhythm from the black vernacular songbook.

Mikrokosmos is influenced by diverse music pedagogical programs and contexts, including the Orff Schulwerk, the Kodaly method, Béla Bartok's Mikrokosmos piano learning exercises, and the musical learning methodologies of the black American church, among others. The current research uses the melodic and rhythmic conventions of songwriter Gil Scott-Heron as tools for articulating revolutionary melancholy."

Western Front is a non-profit artist-run centre in Vancouver. We support a multidisciplinary program that provides opportunities to artists working across music, media art, visual art, performance, and literature to create and present work.

Bandcamp Daily  your guide to the world of Bandcamp

Alex Rita and Errol from Touching Bass feature in our special London edition of the Bandcamp Weekly.